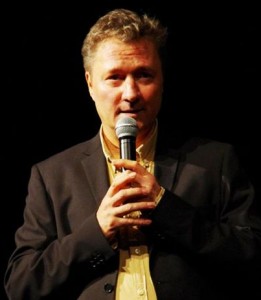 Painter, decorator, illustrator, presenting painting exhibitions and live-painting sessions in various countries of Europe for 15 years. Philip Gaida provide artworks on commission for decoration, illustration posters for your events, clothing design, logos and more… Painting music, dance, sports or atmosphere of the city are the favourites topics of Philip Gaida. But he doesn’t paint as a spectator but as a protagonist. Being passionate, curious, interested in many things he has actually practiced, he still practicing most of these arts and activities. His work also features frequent come-back to his roots. the city of Paris, where he spent the first twenty years of his life. His “protagonist’s eye” gives a lot of energy and realism to his paintings.

Philip Gaida was born in Paris. After the secondary school he studied at the fine art academy “Les Beaux-Arts” in Paris. In the meantime, very attracted by sport he graduated as kayaking and sailing instructor and started to train to become a ski instructor. He had also a passion for music and practiced guitar playing assiduously. At the age of 20, he left Paris to start a twelve years period of travelling worldwide. During this period, he worked as a painter, decorator, stage designer, musician and sport instructor . He has chance to meet many artists from all over the world collaborating with them. Back to Europe in 1996, he settled in North Italy. Since this time, he presents periodically painting exhibitions and Art Performances in various countries of Europe. Convinced that painting and music are inseparable, he always attempt to to combine them participating to events where they are both highlighted. He dedicates also a lot of time to teaching. Quoted painter since 2018 (Drouot quotation)